A research carried out by GfK Chart-Track has revealed that Sony’s PlayStation 4 sold 530,000 units in the United Kingdom ever since its release (on November 29th) However, Xbox One managed to grab 364,000 only… even though it was on sale a week earlier (November 22nd) Sony’s revenue is expected to be around £181.6 million as compared to Microsoft’s £144.5! 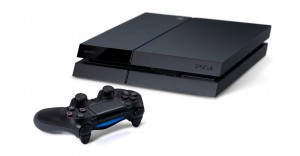 Worldwide, both of these consoles are close competitors; with both managing sales of around 2 million units.

2013’s top-selling game was Grand Theft Auto V, 3.67 million units are reported to be sold in the United Kingdom only. Whereas, world-wide the figures are a massive of 29 million units. Do you think these numbers are justified? Have your say in the comments section!

View all posts by Afnan Mir →